“This conference brings together outstanding experts on a wide range of ‘false flags’ and conspiracies” – Dr. Jim Fetzer

Conspiracies are as American as apple pie. In my first scholarly article about conspiracy research, “Thinking about ‘Conspiracy Theories’: 9/11 and JFK“, I explained how the principles of scientific reasoning can be applied to conspiracy theories and illustrated with regard to the current issue of The New York Times that stories on every page dealt with conspiracies. Once authentic evidence has been separate from fabricated, these cases tend to fall into familiar patterns and become amenable to resolution.

Since my initiation into conspiracy research in 1992 on JFK,, I have specialized in collaborative research by bringing together experts on different aspects of complex and controversial events of immense political significance by taking “conspiracy theories” from “theories” in the weak sense of speculations, rumors and guesses to “theories” in the strong sense of empirically-testable explanatory hypotheses, such as Newton’s theory of gravitation, Einstein’s theory of relativity and Darwin’s theory of evolution.

This conference brings together outstanding experts on a wide range of “false flags” and conspiracies, where I have had the pleasure of interviewing each of them on one occasion or another, where many of the most recent may be found at jimtheconspiracyguy.com. Given the ubiquitous occurrence of conspiracies, we need to shake of the negative intimations of the phrase “conspiracy theories” and take pride in our role as conspiracy analysis (or conspiracy realists) to make history more than a pack of lies the living play upon the dead.

Research we have done on JFK, 9/11, Boston, Orlando and Dallas, Charlottesville, Parkland, and multiple “false flags” in Europe (as well as the moon landing) continues to be available at moonrockbooks.com. Six of our books have been banned by amazon.com. And I have been sued by one of the alleged Sandy Hook parents for defamation, where the case is under appeal. While I have no intention of paying the judgments, which I expect to be reversed, if anyone likes what I am doing and would like to contribute to my Legal Defense Fund, that would be terrific. In any case, go to falseflagconspiracies2020.com and check out the archives, which are now public. Americans are entitled to know the truth about our own history. Share them widely! 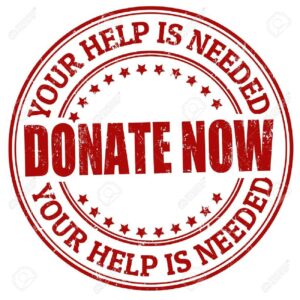